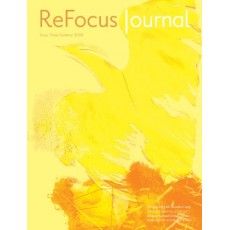 ReFocus is the UK network of early childhood educators, artists and others influenced in their practice by the preschools of Reggio Emilia

'Teachers as researchers' by Carlina Rinaldi

'The role and responsibility of documentation' by Elaine Mason

'A new literacy for children and educators' by Christine Merrick

'Memory, and peace for the future' by June Holmes